Help us Grow the Vote in the lead up to the 2015 Federal Election! 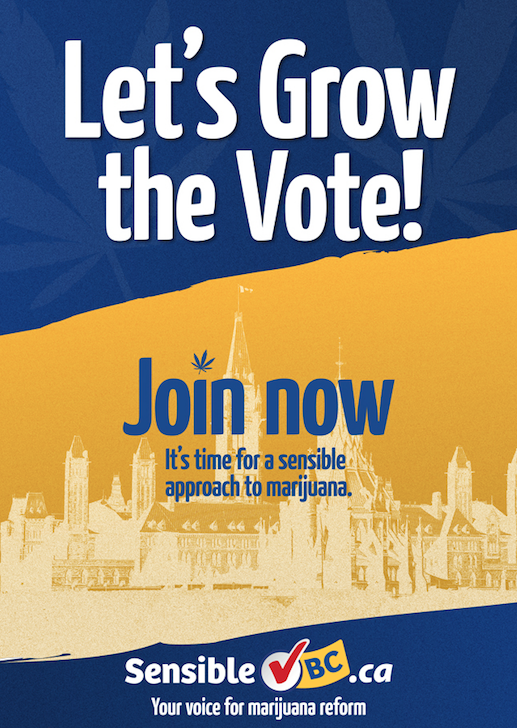 Sensible BC is going to make marijuana reform a key issue during this year's federal election and we need to if we want to see reform on the federal level in the next 4 years.

The Conservatives have made themselves the party of prohibition. The other three major parties are all supporting some form of reform:

Even though more than 70% of Canadians support marijuana reform, the Conservatives have maintained their opposition to any changes in the Controlled Drugs and Substances Act. To quote Health Minister Rona Ambrose, "Storefronts selling marijuana are illegal and under this Conservative Government will remain illegal."

We need to act now! The federal election is coming up on October 19th and we are asking British Columbians to pledge to vote in support of the candidate with the best chance of defeating the local Conservative candidate in their riding.

If you want to see marijuana reform in the next four years, then you need to vote with us on October 19th.

Please join the campaign by filling out the pledge form below. Help us Grow the Vote!